At the end of the lesson, students should be able to solve linear equations containing fractions.

Remove the fractions by multiplying both sides of the equation by the LCD.

Note when the algebraic numerator or denominator has more than one term, then it is safer to put brackets around it first.  This can help to avoid mistakes when multiplying each term by the LCM of the denominators.

Solve the equation for the unknown pronumeral by performing the same operations to both sides of the equation.

VERIFY YOUR ANSWER! This is the final step and the most often skipped step, yet it is probably the most important step in the process. We verify the answer by plugging the results from the previous steps into the original equation.  It is very important to plug into the original equation since you may have made a mistake in the very first step that led you to an incorrect answer.

Multiply both sides by the reciprocal of the coefficient, or 5/4

Multiply through by 6; the LCM of the two denominators. 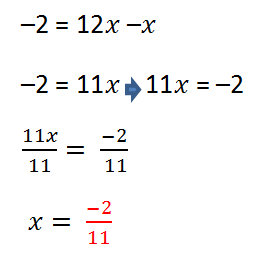 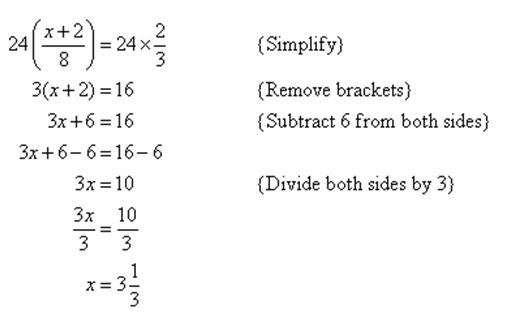 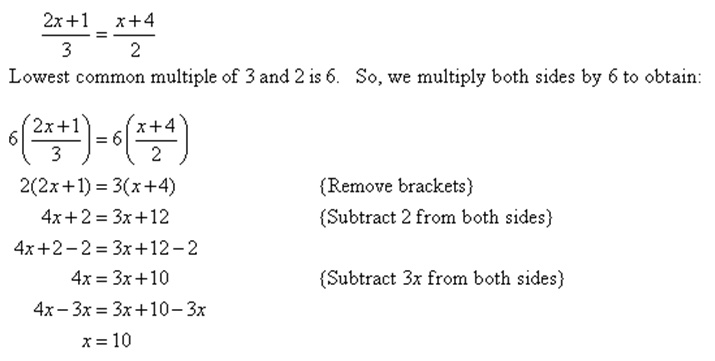 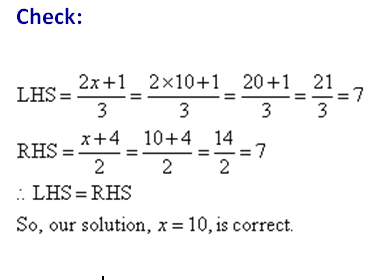 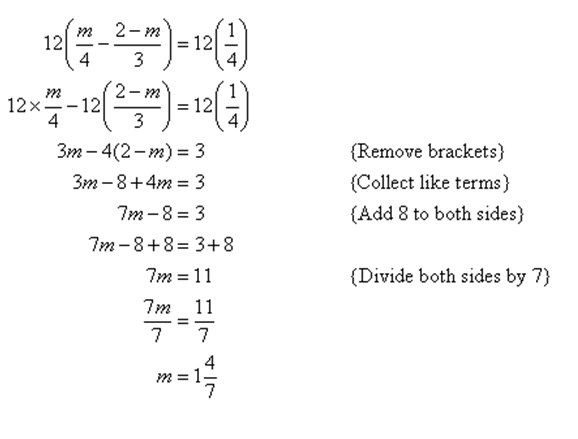