At the end of the lesson, the students should be able to solve linear equations involving one unknown.

A linear equation is any equation that can be written in the form ax+b=0.

Where a and b are real numbers and  is a variable.  This form is sometimes called the standard form of a linear equation.  Note that most linear equations will not start off in this form.  Also, the variable may or may not be an x   so don’t get too locked into always seeing an x there. Variable(s) in linear expressions:

Cannot have exponents (or powers).For example, x squared or x2.

Cannot be found under a root sign or square root sign. For example: √x or the “square root x”.

An equation is a statement that two quantities are equivalent.

What we want to do when we solve an equation is to produce an equivalent equation that tells us the solution directly. Going back to our previous example,

What an equals sign says is that what’s on 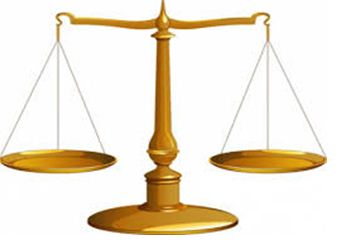 the left-hand side is exactly the same as what’s on the right-hand side. So, if we do anything to one side of the equation we have to do it to the other side. If we don’t, the balance is disturbed. Therefore, whatever operation we perform on either side of the equation, so long as it’s done in exactly the same way on each side, the balance will be preserved.

The process of finding out the value of the variable that makes the equation true is called ‘solving’ the equation.

The equation will become true only when the unknown has a certain value, which we call the solution to the equation.

Now, algebra depends on how things look. As far as how things look, then, we will know that we have solved an equation when we have isolated x on the left.

To solve a linear equation we can use:

the principles of addition/subtraction, multiplication or division (METHOD 2).

The law of inverses

There are two pairs of inverse operations.  Addition/subtraction and multiplication /division.

We shift a number from one side of an equation to the other by writing it on the other side with the inverse operation.

“If a number is added on one side of an equation, we subtract it from the other side.”

“If a number is subtracted on one side of an equation,   we add it to the other side.“

“If a number multiplies one side of an equation,   we divide it by the other side.”

“If a number divides one side of an equation,we may multiply it by the other side.”

The Addition and subtraction Principle

Adding (or subtracting) the same number to both sides of an equation does not change its solution set.

Think of the balance analogy—if both sides of the equation are equal, then increasing both sides by the same amount will change the value of each side, but they will still be equal. For example, if

The Multiplication and division principle

3) If  a = b then ac=bc   for any c.  Like addition and subtraction we can multiply both sides of an equation by a number, c, without changing the equation.

Multiplying (or dividing) the same non-zero number to both sides of an equation does not change its solution set.

These facts form the basis of almost all the solving techniques that we’ll be looking at in this unit so it’s very important that you know them and don’t forget about them.  As long as you always do the same thing to BOTH sides of the equation, and do the operations in the correct order, you will get to the solution.

Using the operation together

Suppose we first divide both sides by 2:

Now there is nothing wrong with doing arithmetic with fractions, but it is not as simple as working with whole numbers. In this example we would have to add 3/2 to both sides of the equation to isolate the x.

It is usually more convenient, though, to use the addition/subtraction operation first.