At the end of this lesson, students should know halves and wholes and how they are related.

Fraction simply talks about a part of a whole. For instance, when we cut an orange into 2 equal parts, we can say that one part is half (1/2)

An orange which is not cut is one whole. Johnny cuts it into 2 equal parts. He then gets 2 halves.

A bar of soap is cut into 2. Each piece is a half.

Each shape is cut into two parts. The two parts in each shape are exactly the same. If you fold the shape, the two parts should fit perfectly on top of one another.

Each part is one half of the shape. 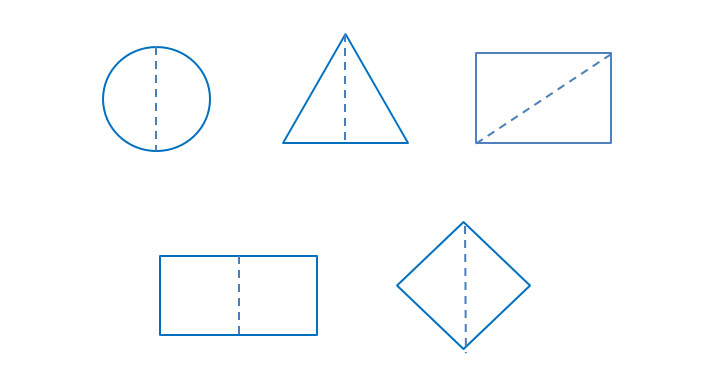 2.Draw a line to cut each shape into two equal parts.

NOTE: Check for Answers on the (Additional) Materials section at the top

From the objects above we can see that each whole has two halves. Therefore the three wholes give us 6 halves.

Another way to make halves is by grouping items in group or collection.

Two equal groups can be made from one group of four. 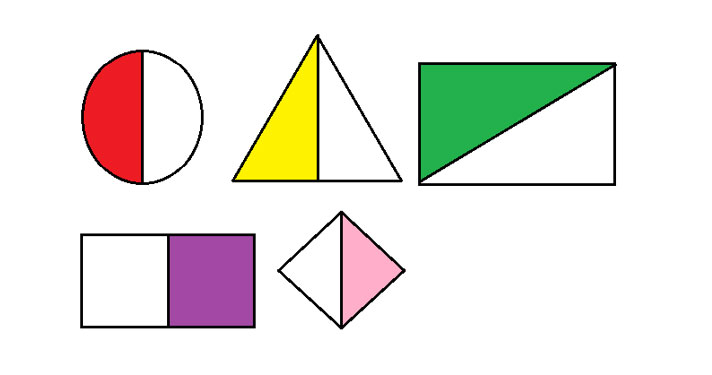 2. Draw a line to cut each shape into two equal parts. 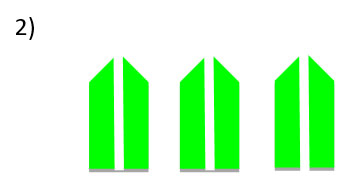 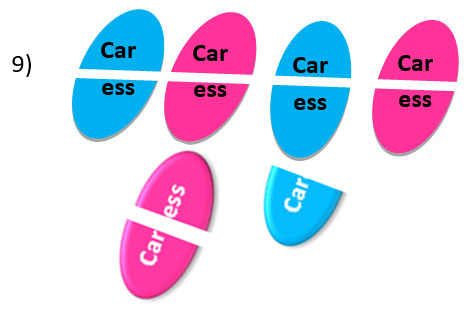 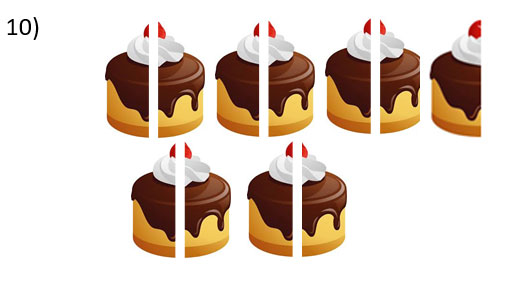